Diabetes mellitus is heterogeneous group of diseases which share the phenotype of elevated blood glucose level. This chronically damages organs. In 2015, there were 400 million diabetics, and 200 million did not even knew about having the disease. Diabetes does not hurt it is too late and the disease has developed. Diabetes may remain silent for a few decades.

Diabetes is a dreadful affliction, not very frequent among men, being a melting down of the flesh and limbs into urine. The patients never stop making water and the flow is incessant, like the opening of the aqueducts. Life is short, unpleasant and painful, thirst unquenchable, drinking excessive and disproportionate to the large quantity of urine, for yet more urine is passed. If for a while they abstain from drinking, their mouths become parched and their bodies dry; the viscera seem scorched up, the patients are affected by nausea, restlessness and a burning thirst, and within a short time they expire.

Eber Papyrus is considered as a first mention of diabetes. It dates to ancient Egypt, 1552 B.C. It was found in Luxor. 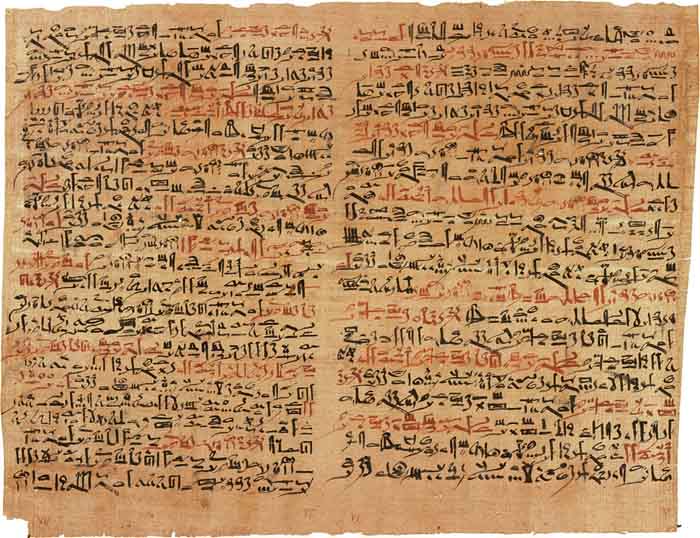 Around 1550 B.C., a Greek physician Aretaeus of Cappadocia coins the term Diabetes and specifies its symptoms. Later on, a Roman physician Claudius Galen describes a treatment based on sufficiency of physical exercise, small portions of meal and hydrotherapy.

The modern period witness a great development of all medical sciences. In the 6th century, ants are used to diagnose the disease in India, China, Persia, Egypt and Greece. Sweet taste of diabetic's urine attracted the ants. In Europe, Englishman T. Willis notices this sweet taste in 1674 and makes urine testing part of the diagnostics. Approximately hundred years later, W. Dobson developed a chemical method to detect sugar in urine. More discoveries followed in the upcoming centuries, until a relationship between pancreas and diabetes was found. Then, insulin was discovered at University of Toronto in 1921. Frederick Banting with his colleague Charles Herbert Best, aided by professor John James Richard Macleod, extracted dog insulin and used it for a dog patient treatment. The treatment was successful. Then, the scientists administered the insulin to a 14-year boy, who was comatose - dying of diabetes in a bed of the Toronto General Hospital. As he opened his eyes again, he became the very first successfully medicated diabetic in the world. The authors of the experiment received the Nobel Prize in Physiology or Medicine two years later. 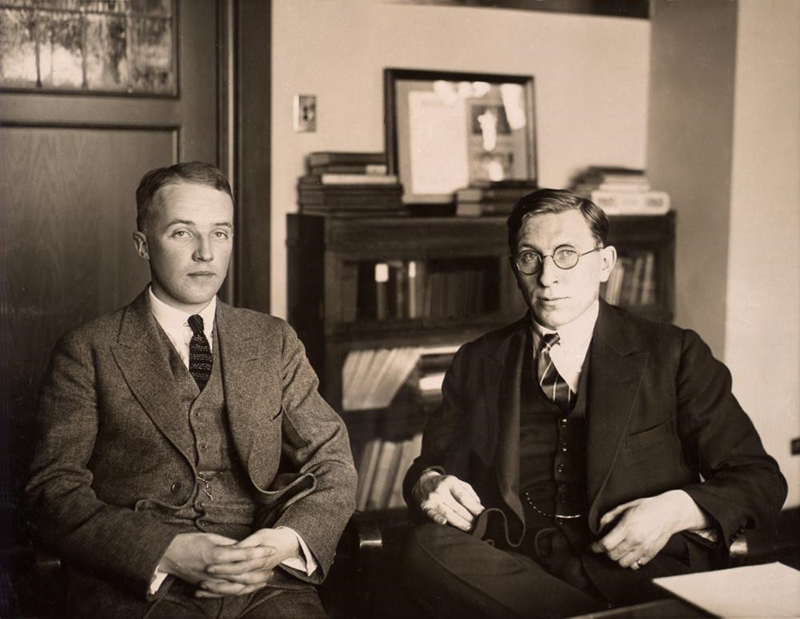 Insulin quickly entered a production so that it could have been distributed to pharmacies for a use by diabetes patients. First, the animal insulin was used. In 1979, a way to produce human insulin was developed. In 1986, the first insulin pen is produced.

Diabetes mellitus, commonly referred to as diabetes, is a group of metabolic diseases, for which there is an absolute or relative deficit of insulin. This leads to metabolism disturbance. Hyperglycemia is the main symptom. It continuously damages organs such as eyes, kidneys, nerves and blood vessels.

There are three types of diabetes - type 1, type 2 and gestational diabetes. With types 1 and 2, there is either absolute or relative deficit of insulin. While both shares common symptoms, they have different causes. In addition, there are other, specific forms of diabetes. These are called secondary diabetes.

Diabetes mellitus type 1 is an autoimmune disease. Usually, it is diagnosed at 15. It is called juvenile diabetes mellitus. Type-1 patient depends on insulin for the rest of life. There is a genetic predisposition for the type 1. A virus infection (rubella, infectious mononucleosis, mumps, etc.) is a trigger that starts type 1.

Diabetes mellitus type 2 is frequent with over-weight adults. While pancreas produces a normal amount of insulin, cells need much more insulin with type 2. Cells need insulin to utilize glucose for a production of energy. It is like a firewood that needs oxygen to burn.

Prevalence of gestational diabetes mellitus is approximately 10%. It starts in second half of pregnancy and finishes with birth. Other rare forms of diabetes are pre-conditioned by genetic background, pancreas illness, wrong combinations of drugs, etc.

There is a genetic predisposition for both type 1 and 2 diabetes. Environment may active responsible genes. Children are at greater risk than adults, approximately 13%, if mother was diagnosed with type 1 before 8. With a diabetic father, the risk increases from 4% to 6%. With both diabetic parents, the risk ranges from 10% to 30%.

The genetic background of type 2 is not understood so good as it is with type 1. However, type 2 is a risk factor for offspring. With one diabetic parent, there is a 15% - 30% risk for a children. With both diabetic parents, the risk increases up to 75%. However, it is possible to considerably improve patient's condition by adjusting life style, reduce monosaccharides in the diet and have a regular exercise.

Treatment of diabetes mellitus type 1 and 2 is different. Type-1 patient has inadequate, even zero production of insulin. Therefore, insulin must be dosed regularly to keep a type-1 patient alive. There are short- and long-action types of insulin. The long-action insulin lasts up to 24 hours and covers basal metabalism needs. It is applied 1-2 times a day. The short-action insulin is dosed before a meal. It reaches the bloodstream after 30 - 90 minutes, because it is applied into subcutaneous tissue. Insulin pen or pump doses the insulin. In addition, the treatment includes a diet plan to reduce uptake of saccharides. 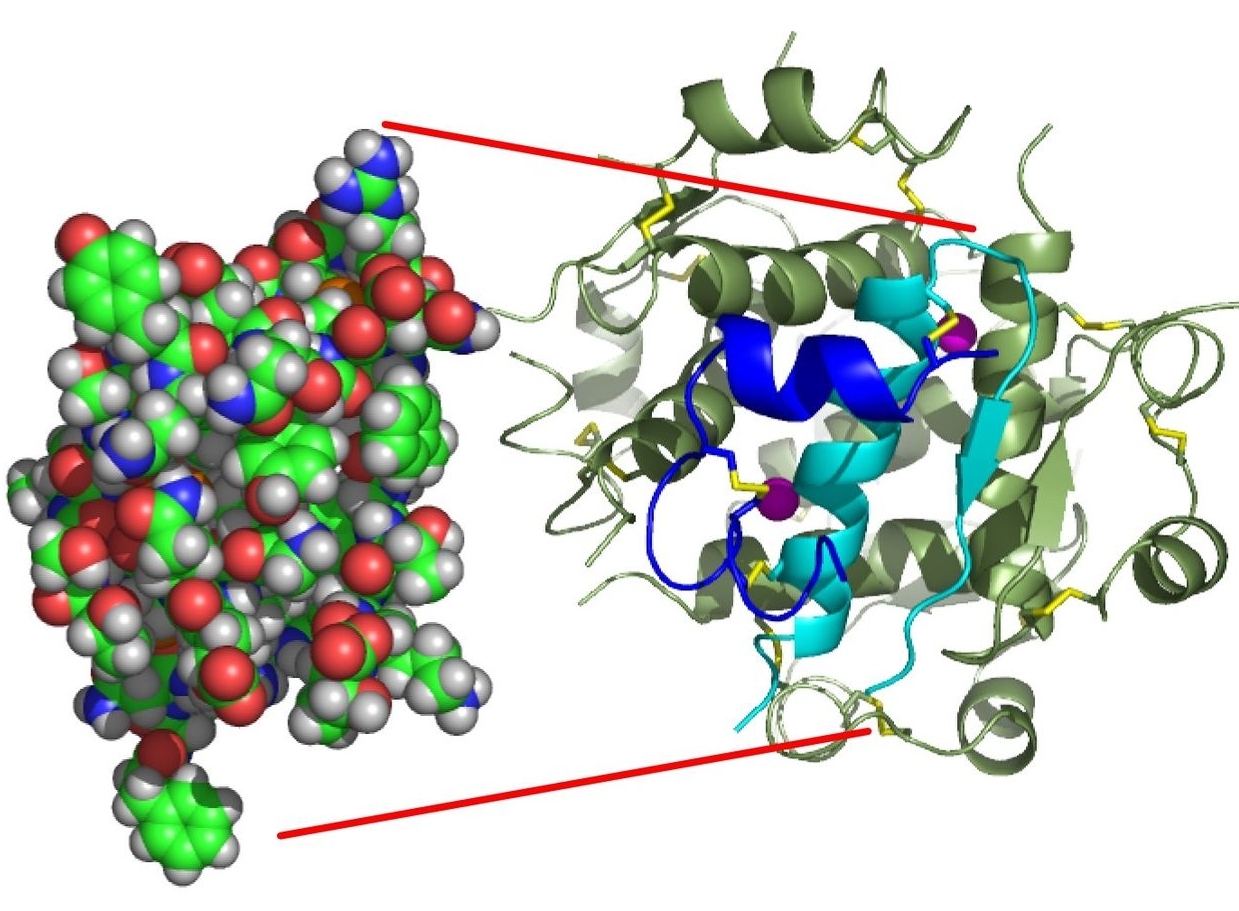 Treatment of diabetes mellitus type 2 attempt to reduces insulin resistance of cells. Oral drugs are used frequently, and could be combined with an additional insulin doses. As increased blood glucose level leads to increased weight, overweight is a common symptom. Therefore, type-2 patients must change their lifestyle and diet. Physical exercise should be conducted several times a week.

In the practice, there are two ways of measuring glucose level - self and continuous monitoring. Several times a day, the patient stick a finger to draw a drop of blood. A special paper absorbs the drop. Once absorbed, patient inserts the paper into a glucometer. Electrochemical reaction produces a current that is converted into glucose level. Based on this glucose level, the patient can adjust insulin dosage. However, most patients takes 2-3 blood samples a day due to the associated discomfort of drawing the blood.

As the self-monitoring of blood glucose level is sporadic, it does not capture all important changes of glucose level. Therefore, a continuous glucose monitoring system (CGMS) is being used. CGMS yields a glucose every five minutes. However, it does not measure blood glucose level, but a glucose level of subcutaneous tissue. A physician install CGMS sensor into abdominal subcutaneous tissue. The sensor will be useable up to 10 days. Body treats the sensor as a foreigner a tries to eliminate it. Eventually, the body wins. Meanwhile, sensor's precision degrades and it has to be repeatedly calibrated. It is calibrated to the sporadically self-measured blood glucose level. Interval between calibrations cannot be longer than 12 hours.

Common symptoms include excessive thirst, frequent urination, weight loss, fatigue, unconsciousness, hyperglycemia or diabetic ketoacidosis. During ketoacidosis, 7.4 pH of human blood decreases and the blood gets too acid for organs and tissues.

Urine or blood is examined to diagnose a diabetes. Non-diagnosed patient can live with diabetes many years, until first symptoms occur. Diabetes mellitus type 2 is often found accidentally during a preventive medical examination.

- diabetic foot is characterized with considerably reduced pain sensation, event with a gangrene. It is a common name for a group of complications, which may lead to foot amputation. Hygiene, proper foot care and choosing the right shoes are important.

- is a progressive disease characterized with a damaged capillaries of kidneys' glomeruli. For 5 to 10 years, kidneys' filtration degrades until the diabetic starts to loose an important number of nutrients. It is a prime reason for dialysis.

- often manifests with a sensation of pins and needles, itching, reduced of sensitivity to external impulses, and muscle atrophy in different parts of the body.

- damage occurs to the retina and blood vessels due to diabetes. Eventually, it may lead to blindness.